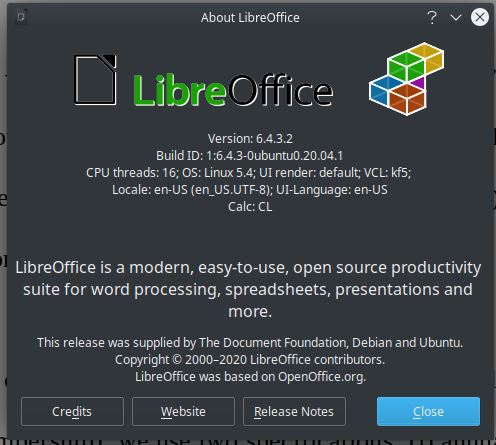 I really like LibreOffice, but occasionally have to deal with bugs that cause silly regressions, like this one.  For years, I have printed my LibreOffice Impress (i.e., powerpoint) slides for my students to a PDF file. The options have made this pretty simple.  Click on “Print.” 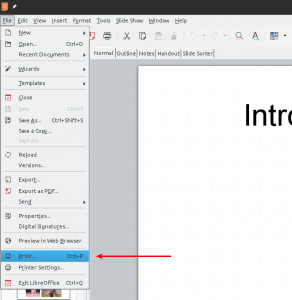 When the Print Dialog window comes up, click on the “Options” tab. 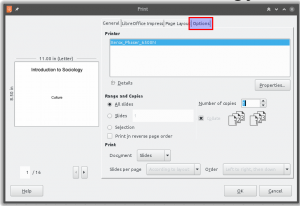 On that tab, choose “Print to file.” 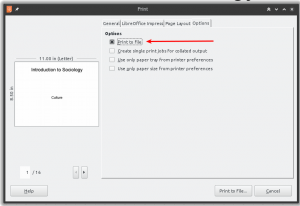 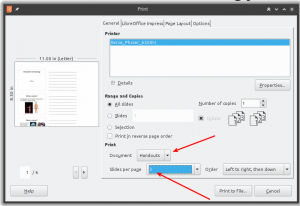 Finally, how it used to work is that I would next, on the “General” tab, click “Properties” and in the drop-down menu next to “Orientation,” choose “Portrait.”  It takes a few clicks, but it gets me exactly what I want: a PDF with three slides per page and lines for notes next to it.  As of LibreOffice 5.0.3, there is a bug that adds another step to this.  The last item in the process above, clicking on the “Properties” tab and changing the orientation no longer worked.  The orientation drop down menu was greyed out, like this: 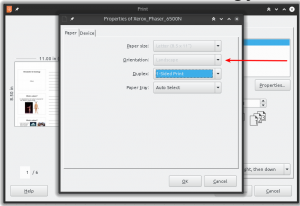 I tried upgrading to the latest version of LibreOffice, 5.0.4, but that didn’t fix it.  After a little googling, I finally found a solution.  In the Print Dialogue window, click on “Options.”  On that screen, choose, “Use only paper size from printer preferences.” 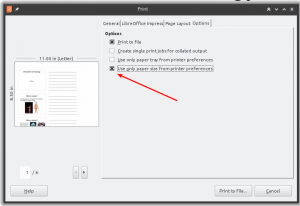 Now, go back to the “General” tab and click on “Properties.”  In the window that comes up, it’s now possible to change the orientation of the page. 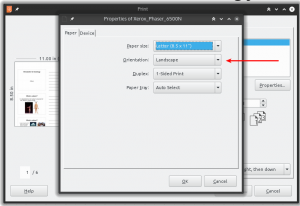 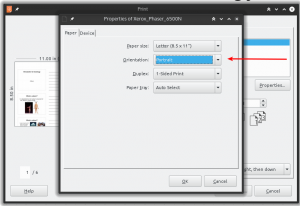 As this screenshot shows, the orientation is now portrait instead of landscape: 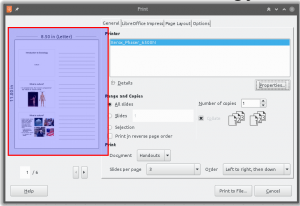 This is clearly a regression in the software.  Not sure what happened, but it’s stupid and needs to be fixed.