I’m a science fiction fan. And I want my science fiction at my fingertips. To that end, I have slowly been digitizing my favorite series (e.g., Star Trek, Stargate, and now Doctor Who) and putting them on my fileserver that uses Plex to serve the episodes to whatever device I want. I recently ran into an issue with how to organize Doctor Who episodes on my fileserver and, once I figured it out, I thought I’d share it here in case others run into the same situation.

First, props to Doctor Who for occasionally having specials. They are always well done and lots of fun. So, I’m certainly not complaining. BUT, the problem is that the specials are not technically part of a season. That causes some challenges when it comes to how to organize the files.

Now enter the problem with Doctor Who. Like most TV shows, Doctor Who has seasons. The standard ways to indicate the season and episode of a show are to include something like the following in the name of the digital file: “S03E14.” This indicates the show is from Season (“S”) 03 and is the 14th Episode (“E”) from that season. This works great for most of Doctor Who since most of the content is episodes.

After a little googling, I found out that “Specials” have a special Season designation: “00.” So, for the first Doctor Who (2005) special called “The Christmas Invasion,” that aired on December 25, 2005, how you can name that file is:

The naming convention breaks down like this. “S00” tells both Plex and tinyMediaManager that it is a “special.” tinyMediaManager then moves it into a folder called “Specials.” The “E167” is the episode number for the entire series (from Wikipedia). Once I figured this out, tinyMediaManager knew where to put the special:

And Plex began to recognize what the episode was:

About a year after posting this, I realized that there was a small-ish problem to my directions. If you’re using TinyMediaManager (TMM) to organize your media, TMM pulls its data from thetvdb.com. That website doesn’t always have the same episode numbers for specials as does Wikipedia. So, if you want to make sure that you have the correct episode/special number, you should check thetvdb.com instead of Wikipedia when naming your files, before having TMM pull the data for them. 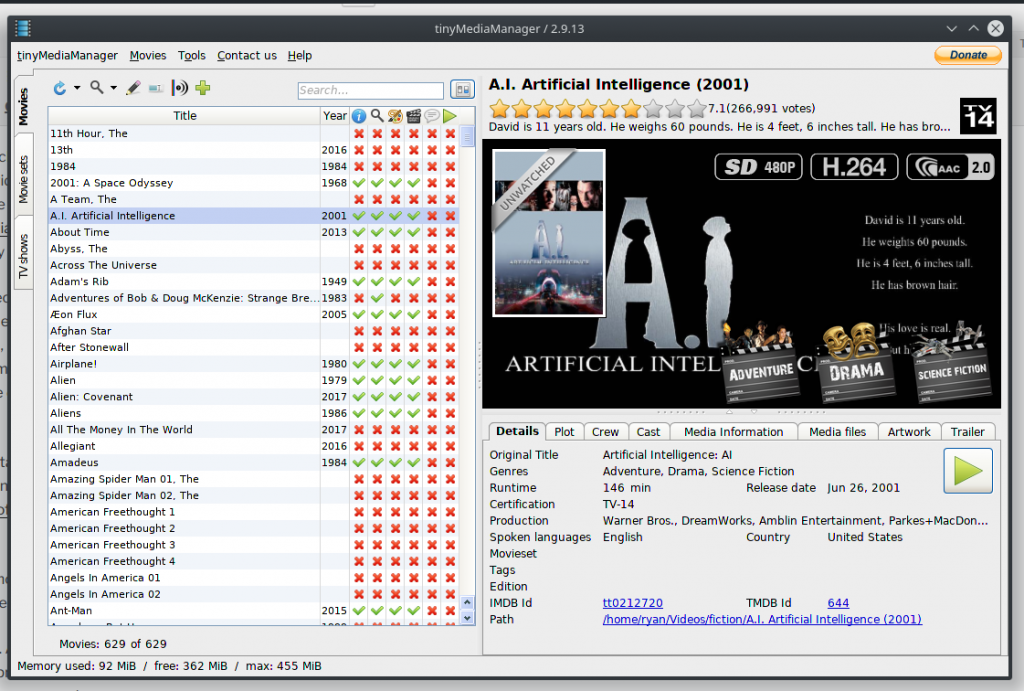