I spent the previous evening playing video games with my brother Josh, some of his friends, and some nephews.  Josh’s wife, Jessica, stuffed us with delicious food.  I needed another hike just to work dinner off, so I put Toren in the pack again and headed out, hoping to find a route from Monte Verde to the Highlands.  I let Toren pick the direction whenever there was a fork and he picked right as we did the exact hike I envisioned.  The map is below.  This crosses two fences.  One had a gate you could open; the other we had to climb over.

The view of the valley from up here was really beautiful.  I grew up looking at this mountain, Thurston Peak, almost every day of my life:

Since I’m so reticent to buy Toren toys, we arrived in Utah with a variety of toys he has been given, including a number of cars that he was pretending were transformers.  When my mom realized he was pretending his cars were transformers, she decided to buy him some.  Toren took his two new transformers on the hike and played with them on and off.  He also talked my ear off.  I’d ask him to tell me what happened in different episodes of Wild Kratts or WordWorld and he’d tell me the whole story (well, his version anyway).  It was fun to listen to him.

We went to my brother Danny’s in the afternoon and got a tour of his wife’s family’s dairy farm.  We then had a pool party that was rained out near the end, but it wasn’t a problem since we all just moved into Danny’s new mega-castle he is building right next to the pool.  The pool could fit in one wing of the barn/shed/castle/man cave/mansion it’s so big.  It looks like it will be lots of fun when it’s complete.  Lots of fun to be had in Utah!

Mark and I shared a truck while we were in high school.  It was a little Isuzu pickup.  Here’s a picture:

Mark and John Carter were the ones who first started jumping the Isuzu as the jump site was close to John Carter’s house.  Mark later showed me the location.  If I remember correctly, it’s marked here on this map:

We would often take the Isuzu during our lunch break at Morgan High, drive down S 290 W St, then turn up W 500 S St. Depending on how adventurous we were, we’d either floor it or take it easy. A slight rise in the road right about where the truck is on the map would launch the Isuzu in the air. I don’t think we jumped very far, but it was definitely a jump. Sometimes, depending on the weather, there would also be a mud puddle on the other side of the jump, resulting in a messy splash and mud flying everywhere. I believe Mark would occasionally take people on the jump with them in the back to intentionally cover them with mud on the rainy days.

Oh, and Dad, the reason why the windshield in the Isuzu kept breaking was because of the jumping; Mark and I just never told you that was why. Poor little truck got pretty beat up over the years.

Unlike my brother Danny, who tried to get away from the police in Morgan in a car, Mark and I did it on foot.  And we succeeded, whereas Danny failed (yes, we are so competitive we even compete in how deviant we can be!).

Mark, Mitch Johnson, and I went down to the same overpass I mentioned in my previous story about bedapping with Mark one night just to, well, mess around.  We weren’t bedapping that night.  I think we did play the bedapping game I described where you run down the off ramp, but with our clothes on.  We were also running across the freeway and otherwise just messing around.

While messing around, a Morgan County Sheriff’s cruiser drove past on the freeway and must have seen us.  We had heard that some people had called in complaints about kids at the overpass, so we were wary when we saw the cruiser go by, but we didn’t think much of it.  However, a few minutes later, Mark came running under the overpass to where Mitch Johnson and I were and yelled at us to run up the side of the overpass and onto the freeway.  The Sheriff’s cruiser had turned around in the canyon and was heading down the off-ramp.  We ran to the top of the underside of the overpass, in between the two sides of the freeway, and hopped the fence.  Just as we got over the fence, we saw lights coming down Old Highway Road.  It was another Sheriff’s cruiser.  They were trying to trap us.  Here’s a map to illustrate:

The first one pulled up underneath the overpass and the deputy got out.  The second one pulled up underneath the overpass on the other side and the other deputy got out.  They started shining their flashlights around, but by that time we were already gone.  We ran a short way up the on-ramp, cut across, then ran up through the trees and shrubs toward where Savage’s old house was (N 6300 W).  We stopped right where the road turns and watched the two Sheriff’s deputies look for us.  We probably watched them for about 20 minutes as they scrambled up the underside of the overpass and wandered around, trying to find us.  They obviously had no clue about the lay of the land.  They were never going to find us.  We didn’t even need to walk along Old Highway Road to get home as we all knew about the connection to Robinson Lane.  We eventually left, leaving the Sheriff’s deputies wandering around looking for the kids playing on the overpass. 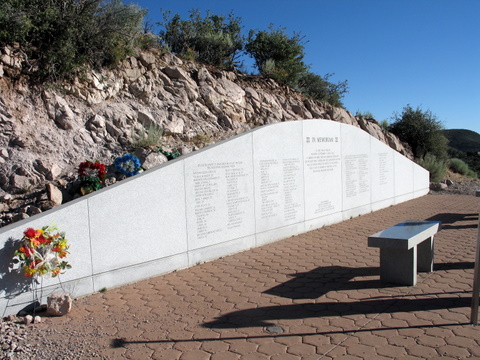 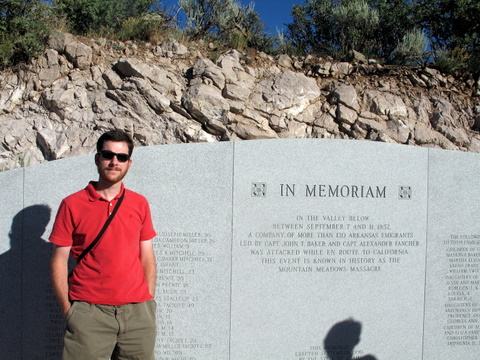 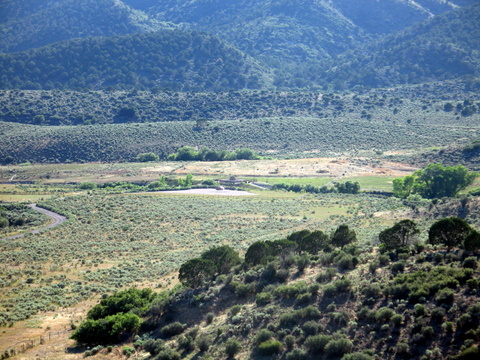 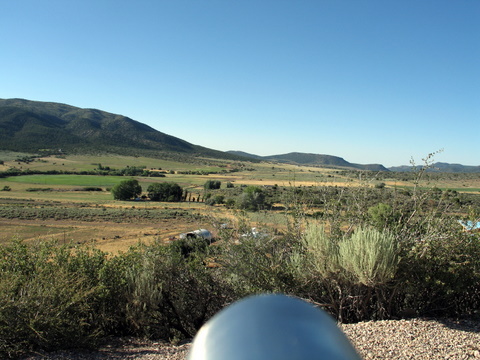 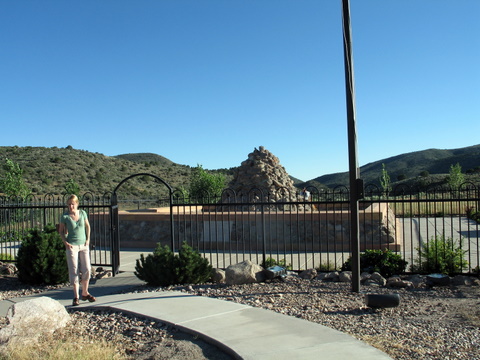