I flew into Portland, OR last night for a conference (SSSR). I’ll be here until Sunday. Lack of foresight left me thinking the sessions started bright and early this morning… Not so. The sessions don’t start until around 1:00 pm, which left me with an entire morning in Portland to blow. After forking over an inordinate amount of money to the Marriott Corporation for internet access, I checked my email and RSS feeds, then decided to walk around downtown Portland. I scoped out a few places where I should stop, but the priority was where I would eat lunch.

A quick search for vegetarian restaurants basically left me speechless – there were dozens and dozens of vegetarian restaurants, many of them within walking distance. But, one stood out – Veganopolis. I kid you not, there is a restaurant here called “Veganopolis.” And, of course, it is 100% vegan. I couldn’t pass that up, especially since it received a lot of positive reviews on the site I checked. So, I plotted a walking course that would end up at Veganopolis and allow me to hit some major sites.

It’s actually rainy and overcast today here in Portland, which is unfortunate (tomorrow and the next day are supposed to be nice and I’ll be in conference sessions the entire time). Even so, the downtown area is great for walking. So, I decided to head first to the Chinese Garden. I always forget at least one thing on a trip – this time it was my nice camera. So, I’m limited to these crappy pictures from my cellphone. 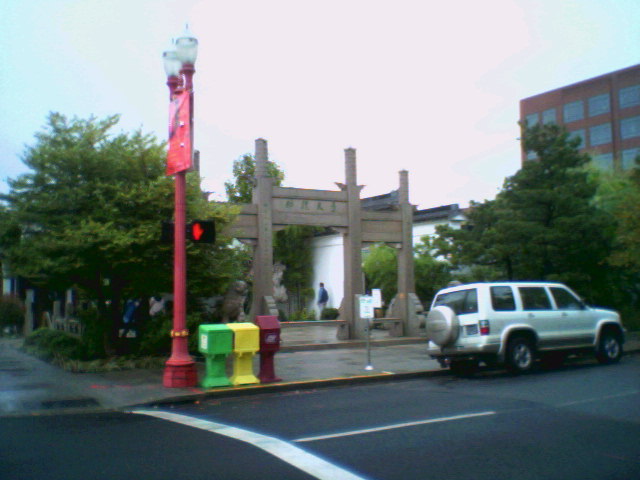 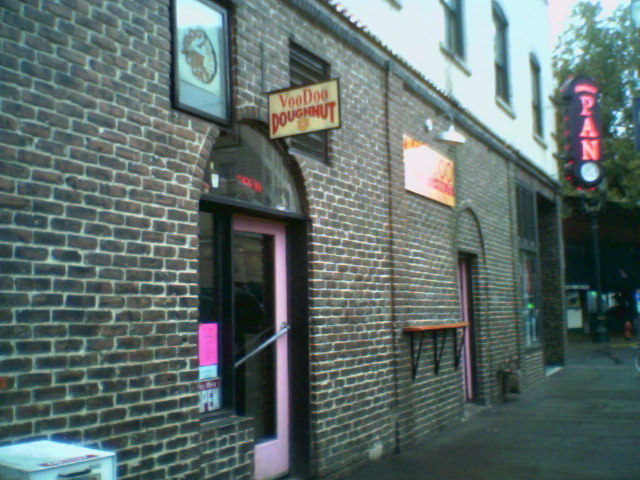 I asked for directions to Powell’s Bookstore from there. Another 10 blocks or so and I was at Powell’s, the very famous, very large, new and used bookstore. I’ve heard about it many times and thought it might be fun to visit. I entered the abyss, and 30 minutes later my book addiction had had enough – I bought two books and ran. 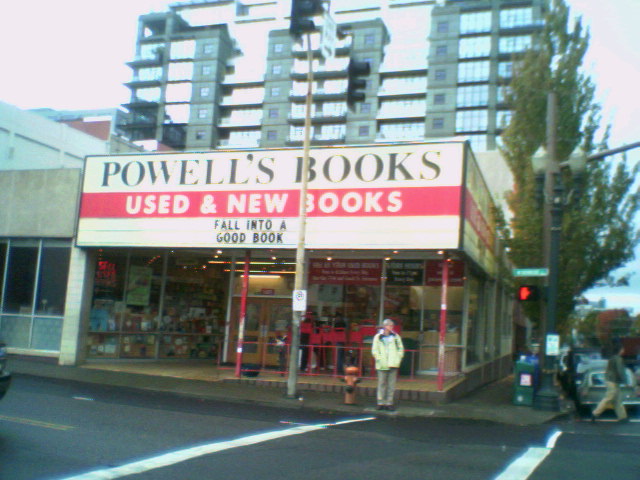 I then headed back toward my hotel, stopping at Veganopolis on the way. I had a great vegan taco salad for a very reasonable price before heading back to my hotel. I was amazed not only at the quality of the food (that was kind of expected), but also by how busy they were and the variety of clientele. In Cincinnati, the only people inside a vegan restaurant would look like, well, today’s version of hippies – the tree-hugging type with dreadlocks and what not (I’m not poking fun; I had dreadlocks at one point too, and I’m there). Not so in Portland. Several people who looked to be manual laborers were there, along with a bunch of tourists (like me, kind of), and several professionals wearing suits. Seems so strange to me… 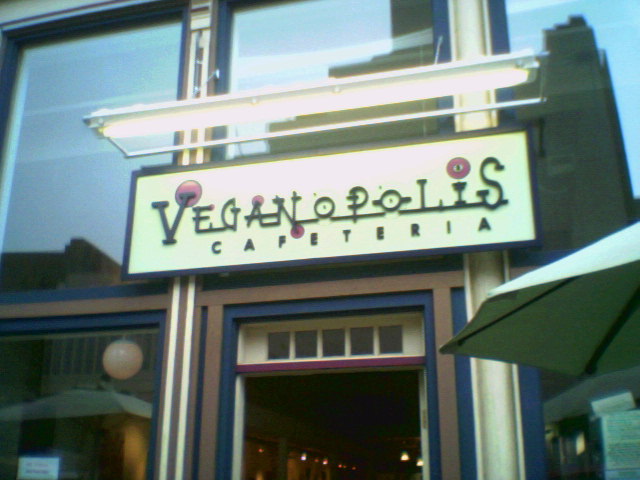 Anyway, sessions start shortly. But, I have some time on Sunday to do some more sightseeing. Hopefully I’ll get to see some other nice things around here – there certainly are some great places. I also hope to sample more of the excellent vegetarian cuisine.

So far, Portland is a very cool city.

Oh, one other thing. I took the light rail from the airport to my hotel last night – cost me $2.00 (way cool). On the train, another person attending the conference and I were verbally accosted by a rabid atheistic supernaturalist. Yeah, doesn’t make sense, but that’s really what he espoused. He started out by saying that Portland was chuck full of religious fruitcakes and that they should all be killed. He, personally, was an atheist. Then he claimed that the current political leaders of the U.S. – Republicans – were actually not humans but shape-shifting demons and they, too, should be killed. His preferred method of slaughter – dropping them in a volcano. Too cool!!! Where else in the U.S. will fruitcakes be anti-religious? Only in Portland…

(Note: Can’t seem to get the photos off my cellphone at the moment; will post them later…)

4 thoughts on “Hello from Portland”