We thought we might be touring my Uncle’s studio today, so we got kind of a late start. Also, Ethan seemed to be coming down with something – he had a temperature and was crying for much of the night. We ended up scheduling the tour for Tuesday, but with everything else going on we were slow getting out of the gate this morning. With the tour rescheduled, we moved to plan B – lunch with Scott near his summer internship followed by a visit to the La Brea tar pits. We stopped by Scott’s work around 12:15 and went to a nearby Italian place (where you could also order sushi from a restaurant next door) that was pretty good.

From there we headed to the La Brea tar pits and museum. Debi admitted to never having heard of the tar pits, but most of the rest of us had. For some reason when I was very young, maybe 6 or 7, I became fascinated by them. I don’t recall all of the details, but I was fascinated by sabre-toothed cats (not tigers) and knew that the La Brea tar pits where were most of the skeletons were extracted. I had no idea the tar pits were basically in downtown Los Angeles. So, I was super excited to visit them.

The museum is very professional, entertaining, and informative. We spent a good hour and a half or more walking through the many exhibits. They have lots of information about what they have extracted from the tar as well as a number of exhibits describing the history of the pits themselves. The great thing about the pits is that they still exist and are still being excavated. Unfortunately, we missed them working on the day we were there, but we were still able to walk around to see the pits. They really are amazing!

Anyway, here are a couple pics… If you look closely at this one, it is bubbling: 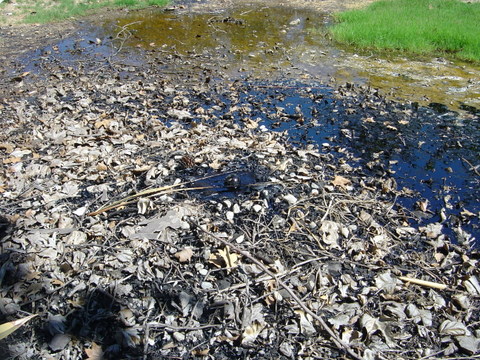 Here are Steve and Debi in front of a seep: 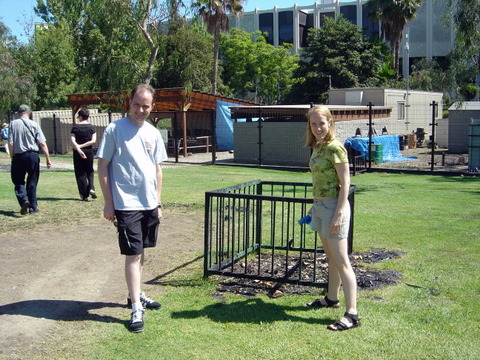 And here’s a wide view of one of the pits: 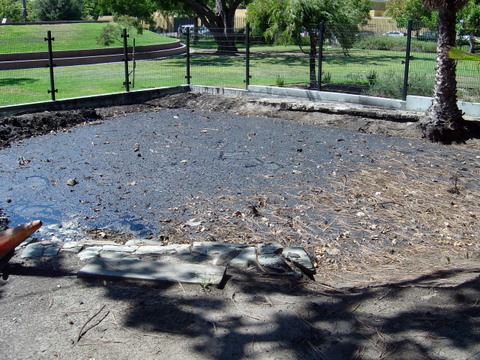 We headed back to the condo after the pits to pick up Brent and Suzy’s stuff then dropped them off at the airport. We also dropped of my rental car and were back down to the van. We then spent the evening in, watching TV and relaxing.