At the last academic conference I attended I became acquainted with a couple of researchers who are well known in the sociology of religion. Given our shared interest in the non-religious, they invited me up to Trinity College in Hartford, CT to give a presentation on my research and to get to know them better. Always on the look out for a chance to take a short vacation and see the world, I figured I could go up a day or two early and see some of the surrounding area. As it just so happens, Debi’s brother, Steve, is doing a post-doc in Physics at Princeton. Princeton is about 3 hours (with good traffic) from Hartford, but I figured that was drivable. So, we turned my work trip into a long weekend visit with Steve as well.

Now, of course, I need to set the scene: If you live in areas that actually have cold, snowy winters, picture early fall or late spring weather – when it is crisp at night, but sunny and cool during the day. That’s what the weather was like in Tampa when we left Thursday night, around 8:00 pm. We flew into Newark in the middle of the biggest snow storm of the season (a good 3 or 4 inches stuck, maybe more). We planned on catching the train from the Newark airport to Princeton Junction where Steve would pick us up, but the snow delayed our flight then shut down the train from the airport to the railroad. And since we got in just 15 minutes or so before the last train to Princeton (we arrived around 1:45 am), Steve ended up driving into Newark to pick us up. Debi came down with a nasty cold a day or two before, so she wasn’t feel well at all. She slept in the back seat while I chatted with Steve and helped him find his way through the snow back to Princeton.

We slept in until around 11:00 then walked to Princeton University’s campus. Steve had a meeting at noon. While he and his colleagues worked out a general theory of everything, Debi checked her email and I wandered around the physics department. It was kind of reassuring to find that even a wealthy school like Princeton looks like, well, just about every other university: 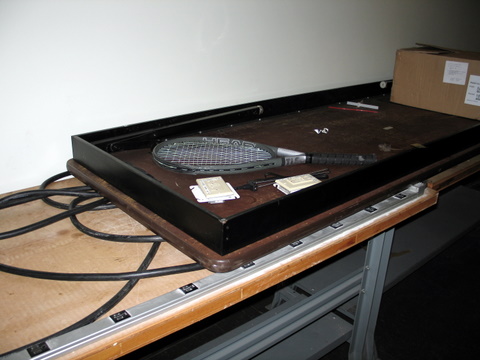 I found this pile of random stuff, including a tennis racket, on the 4th floor in a back hallway. It wasn’t too far from Richard Feynman’s office: 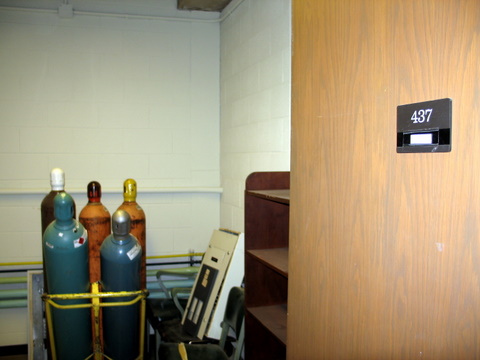 (In case you don’t know, Richard Feynman was a famed physicist and Nobel Laureate who worked at Princeton. He’s dead. Some grad student had the idea of giving him an office full of random junk; that white tag has his name on it.)

After Steve’s meeting we headed over to the faculty club for lunch. It’s a nice faculty club, but I was more excited about getting my picture taken with Gregory House, M.D., who everyone knows works at the (fictitious) Princeton/Plainsboro Hospital in Princeton (also known as the Frist Student Center): 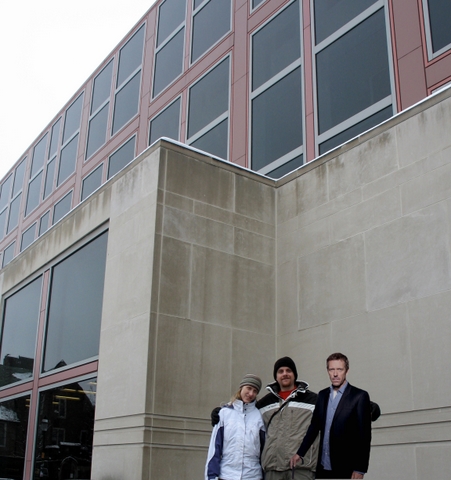 Lucky for us he was in a moderately good mood; we were only insulted a few times to get this picture.

We then trekked back to Steve’s lab to see how physicists do their research. We donned sexy protective eyewear (just in case there was a laser accident) and avoided the super magnet that will rip metal plates out of your body (okay, slight exaggeration). Here’s Debi pretending to be a physicist: 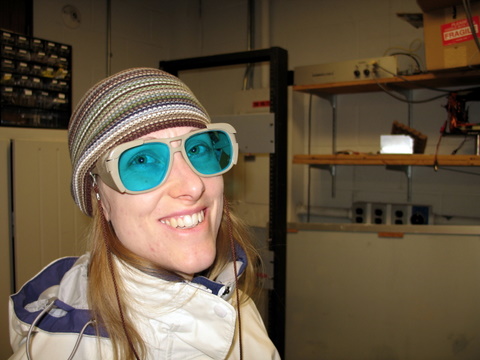 We stopped by the chapel and a few other buildings, then headed back to Steve’s place for hot chocolate to warm up and plan our activities for the next day.

For some reason it slipped my mind that Steve and I did venture out for one final excursion before calling it a day. Debi, not feeling well, opted out of this excursion and chose to nap instead. Princeton is just a few miles from the Delaware river, which is famous for… George Washington’s crossing during the Revolutionary War. Steve had never been there, and neither had I. So, we headed south toward the Delaware and, after a few wrong turns, eventually ended up at the park and the monument. It was getting dark by the time we arrived and the visitor’s center and museum were closed, but we still walked around the area and some some of the cool monuments. Here are a few cool pics: 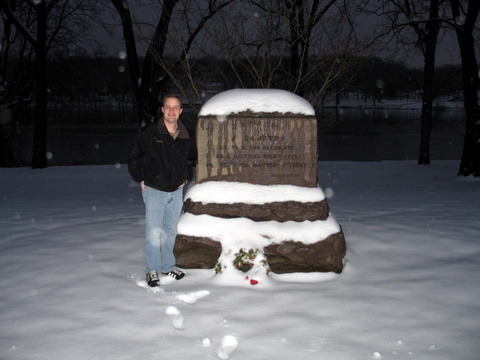 Here’s Steve by one of the monuments. The Delaware is in the background. This next picture gives a sense of what it must have been like when Washington’s crossed – not fun! 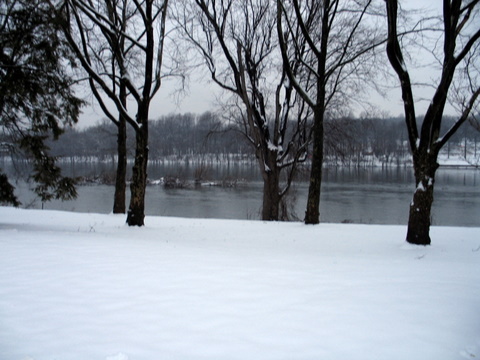 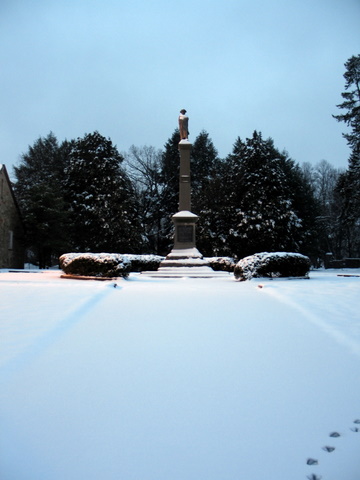 Here’s a bigger monument with Washington looking very brave. Notice the freshly fallen snow. Apparently the visitor’s center was not a popular tourist stop this day as the snow fell the day before. Steve and I took advantage of the virgin snow and left our tracks: 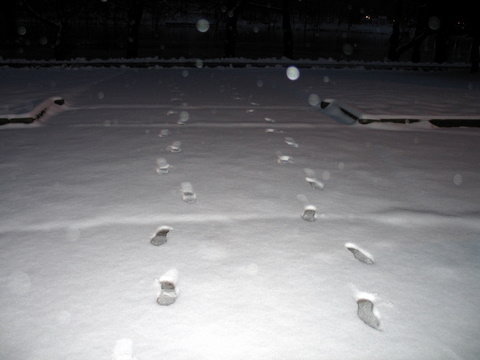 Finally, here I am in front of the bigger monument: 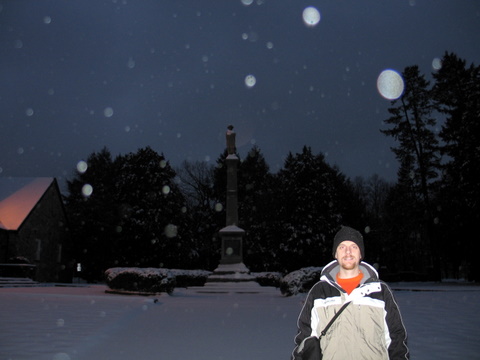 After we got back from visiting the site of Washington’s Crossing, we had dinner at a nifty little Mexican place then watched a flick before crashing for the evening.

One thought is really sticking in my mind about Princeton: Students who go to Princeton don’t take out loans to pay for it. If their parents are wealthy, they pay. If not, it’s covered – everything is covered. Granted this isn’t quite as good of a system as those in Europe where, if you pass the tests, it’s all covered, but it makes so much more sense. If you don’t have to worry about the expenses of higher education, you can focus on your education. Additionally, the best/brightest are arguably going to benefit from such a system, turning it into a meritocracy (at least in theory). I can’t complain considering how much I paid for my schooling (ask me and I’ll tell you), but that did make me a little jealous.

Spoiler for next post… Guess who I flipped off in New York City? The winner (Steve, Debi, you don’t get to compete) gets, um, a drink on me the next time we meet up.