We flew into Utah on July 30th.  We spent the 31st just getting settled and hanging out with family (we went out to eat with my sister, Wendy, and her husband, Mario, and son, Ethan, before they moved to Purdue for graduate school).  I then left for New Mexico early on August 1st for my annual hike with Mark Woolley and Tom Triplett.  You can read about the trip here.  I got back early August 3rd and tried to recuperate before we headed out the next morning for Lake Powell.

My parents picked us up early on the 4th and we met up with my other siblings headed to Lake Powell in American Fork.  We arrived at Lake Powell early in the afternoon, launched and found a beach a little down the river to set up camp.  Everything seemed to go well with no problems the first day.  Apparently the old boat my brother and father had a 1/2 share in (giving them 1 week on it a year) sunk a couple years ago (it was called the Red Sands).  The new boat is bigger and nicer.  Here are a couple of pics of the inside and outside.  This is the new boat where we put in: 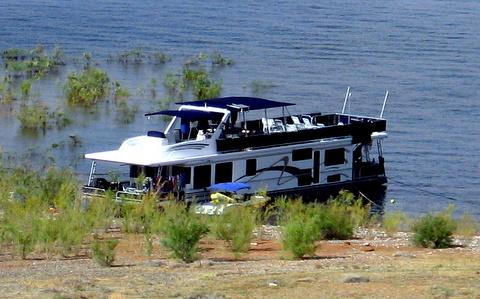 The new boat is called the Red Sands 2 (original, huh?). Here’s a shot of the top of the houseboat: 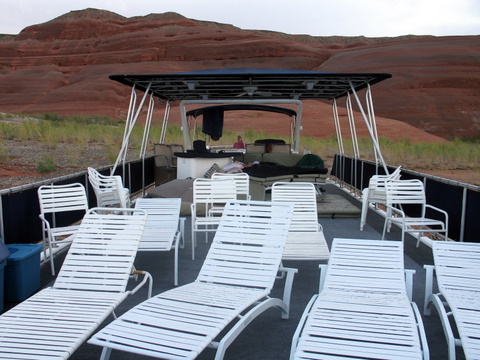 Here’s the main living area, kitchen, and dining room (that’s my brother, Mike, and his son, Broc, in the picture): 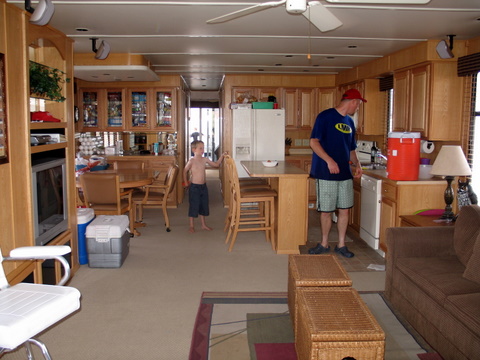 Here’s a shot from the back of the boat looking through the hallway: 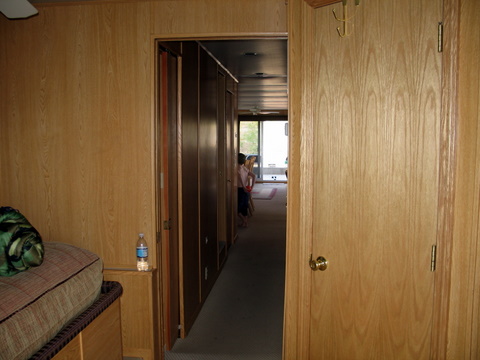 We watched a movie on the top of the boat using my brother’s projector and a projection screen for entertainment the first night.  It went well, for the most part, until the wind picked up, which was foreshadowing of what was to come the rest of the week.

Here’s a shot of Debi swimming off the back of the boat after we put in and got settled: 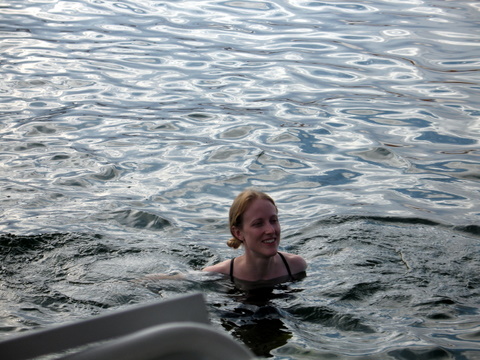 And here’s a shot from the back of the boat: 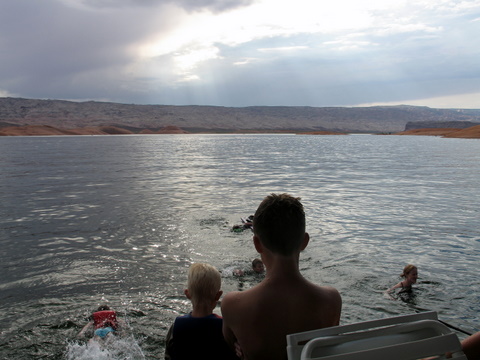 We slept on the roof of the boat under the stars.  It was one of the most calm arrival days at Lake Powell that I remember.