Toren was supposed to have a 2 month checkup, but we’ll be in Utah at that point, so our pediatrician had us come in 2 weeks early to do his 2 month checkup.  Everything looks good.  Size-wise, Toren has grown enough to become a perfectly average baby (hooray!). 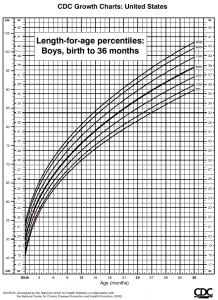 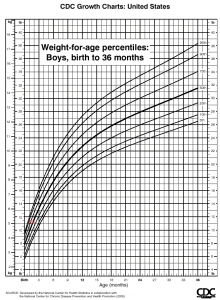 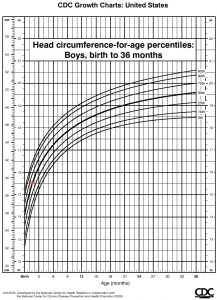 Alas, included in the 2 month checkup are shots.  Toren received 4 shots and one oral vaccine: (1) polio, (2) diptheria, tetanus, and pertussis, (3) Haemophilus Influenzae Type b; (4) Pneumococcal conjugate; and (5) rotavirus.  As scientists, we fully embrace vaccinations and are ecstatic that they exist.  Granted, watching a nurse poke your son with four needles in rapid succession, turning him from content baby to red-in-the-face-I-can’t-scream-loud-enough baby is hard.  But, it turns out, far from giving him autism (which is total BS), the vaccinations actually gave Toren superhuman powers.  You may be saying to yourself right now, “Pshaw!  Ryan, the skeptic, can’t really believe that…”  But really, they did.

Let me set the scene…  Debi was able to calm Toren down after the shots in the office and eventually got him into a very light sleep, which was sufficient to get him home from the doctor’s office.  He clearly still wasn’t feeling well and would occasionally just begin wailing.  We finally got him to the point where we thought he would sleep.  His eyes were fully closed (not always the case when Toren is sleeping) and he was snoring, which usually means he is deep asleep.  Carefully, I went to put him down in his bassinet.  As I inched him away from me and started to lower him into the bassinet he began to wail – eyes still closed!  His new super-sensory powers of bassinet detection allowed him to detect the bassinet!  Amazing!  I pulled him back up to my chest and he instantly calmed back down and continued to sleep.  I gave him a couple of minutes then tried again – same thing!  Here you have it, folks – vaccines don’t give babies autism; they give them superhuman powers of bassinet detection!  😉

For about 24 hours Toren could tell when we weren’t holding him even while he was asleep.  So, we held him and let him sleep on us most of the last 24 hours.  Granted, his superpowers wore off within about 24 hours, but still, I’m a believer (in babies wanting to be held when they are uncomfortable or in pain, not in that autism BS).