A friend gave us an exersaucer for Toren (along with lots of other stuff).  As I’ve noted on here before, I wasn’t really planning on getting Toren many toys.  Well, the exersaucer has become like a third person to watch Toren (between it and the bumbo we almost have a third person watching Toren).  We can put him in there when we both have stuff we have to do and he’ll entertain himself for a good 45 minutes at a time.  Amazing!

I had to document his exersaucering: 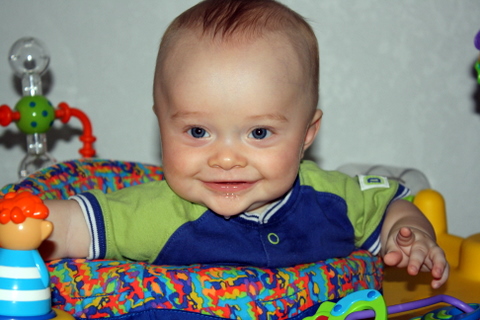 He spent a good 24 hours in his Halloween costume on the 31st.  That included some exersaucer time as well: 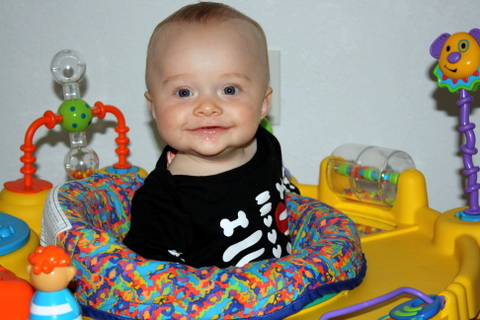