Well, it’s finally official – I graduated. I now have a PhD in Sociology from the University of Cincinnati. With a little urging from my adviser, I decided to participate in the hooding ceremony and I’m glad I did. It wasn’t particularly amazing, but it was a nice, ceremonial way to illustrate that one era of my life was over and I was beginning a new one.

My parents came out on the 7th of June (yes, this all happened over a week ago – been too busy to write about it since then). We went to Mt. Adams, to the lookout then took them to Indigo Casual Gourmet in Hyde Park for dinner. 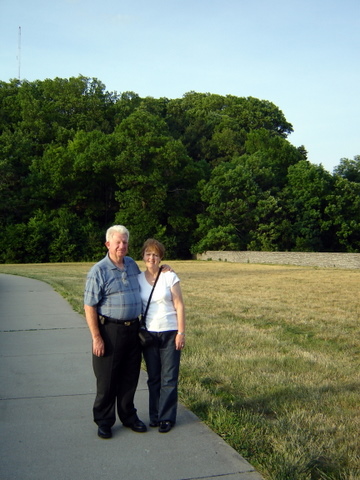 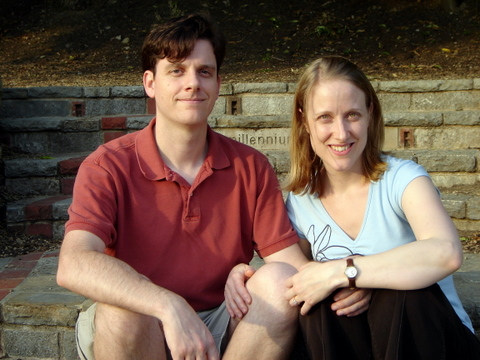 Making the day of my graduation particularly memorable, we got up and had a nice breakfast only to have the water in our condominium complex turned off half way through my Mom’s shower. And since she was the first to shower, the rest of us went without showers. Luckily we had some water in the fridge, which was sufficient to do the bare minimum of cleaning. They have been doing some work on the water main in our complex, but before this they always let us know when they were going to shut it off at least a day in advance. There was no warning this time – arghh! So, I went to my own graduation without showering…

The ceremony itself was nice. My adviser, Rhys Williams, is always fun to talk with. And, thankfully, he has plenty of practice hooding students, so I made it through the ceremony without embarrassing myself. Here are a few pictures from the ceremony: 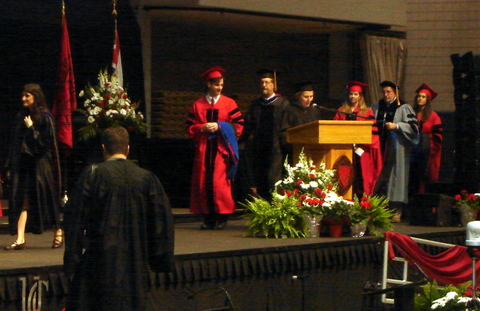 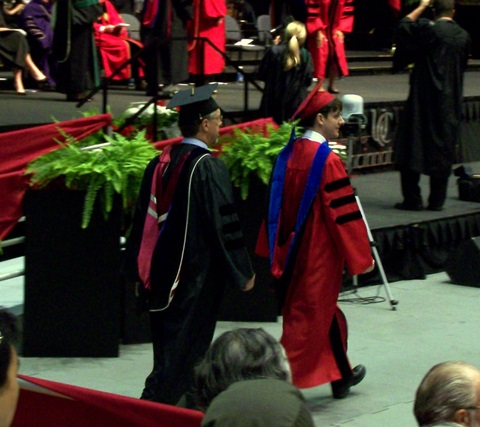 Somehow, in the chaos of the reception after the ceremony, I failed to get a picture of me with either Debi or my parents. But my Dad did snap this photo of me with Rhys as he gave me a gift – a Grateful Dead tie. It’s something of an inside joke – I hate wearing ties (which Rhys knows quite well), and Rhys loves the Grateful Dead (I like them, as well, but Rhys loves them). So, the large smiles in this photo are genuine – it was a very thoughtful and humorous gift. I’ll be wearing it all the time now! 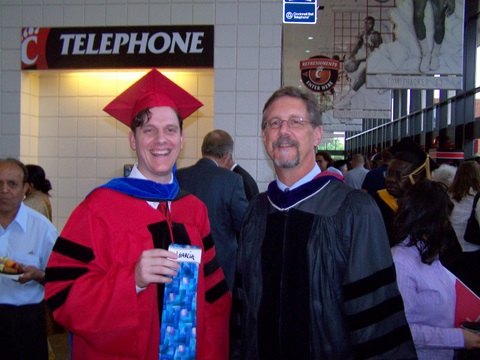 We went to Blue Gibbon for a late lunch after the ceremony and Rhys came along. It was a nice meal to wrap things up. My parents flew out later that evening to St. Louis to catch up with my other siblings who were touring Nauvoo (my parents missed two days of a tour they were supposed to be on to make it to my graduation – it was very nice of them and good to have them attend). Debi also filmed some of the ceremony. If I can get a few minutes I may try to post that video.