Debi had another ultrasound today.  Here are the latest photos of Toren.

According to the ultrasound technician, this first photo shows hair on Toren’s head (the little whiffs by the arrow): 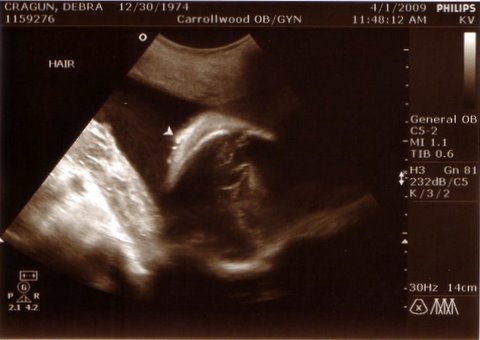 This is a pretty good shot of his face – though he looks a little creepy in this photo: 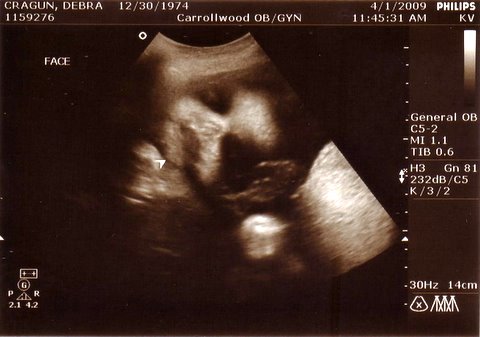 So, I so couldn’t tell what I was looking at here.  I needed the ultrasound technician to point it out.  She drew a circle around it and called it the “turtle.”  It’s Toren’s penis (the little nub to the right) and his scrotum (the larger bump to the left).  I’m sure he’ll dig this photo in 15 to 20 years… 🙂 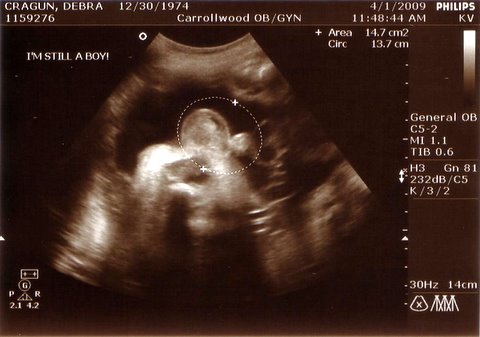 This is a cool shot with his eye open: 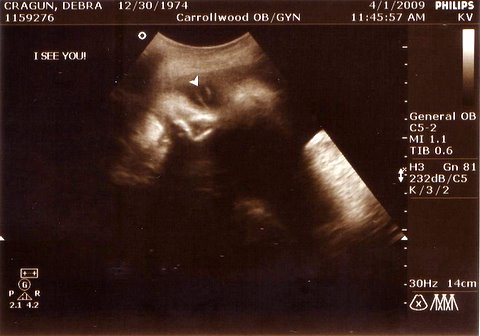 This was probably the best shot of the session as it shows a pretty good profile.  The real question: Is that cute little pug nose going to turn into a Cragun nose? 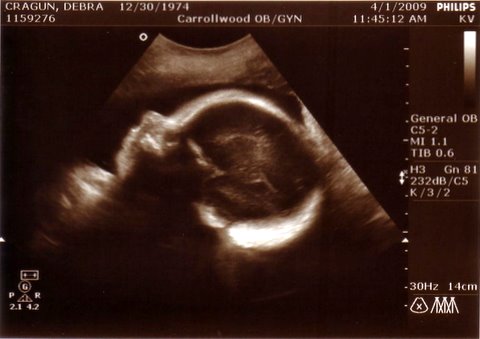 We actually took our video camera with us to film the session, but they told us we couldn’t for legal reasons – apparently people have used the footage to sue clinics before.  So, no footage.

Size and weight wise, Toren’s on target – about 30 weeks.  I have some footage of Toren kicking around inside Debi’s belly but haven’t edited yet.  Hopefully I’ll get to it soon.